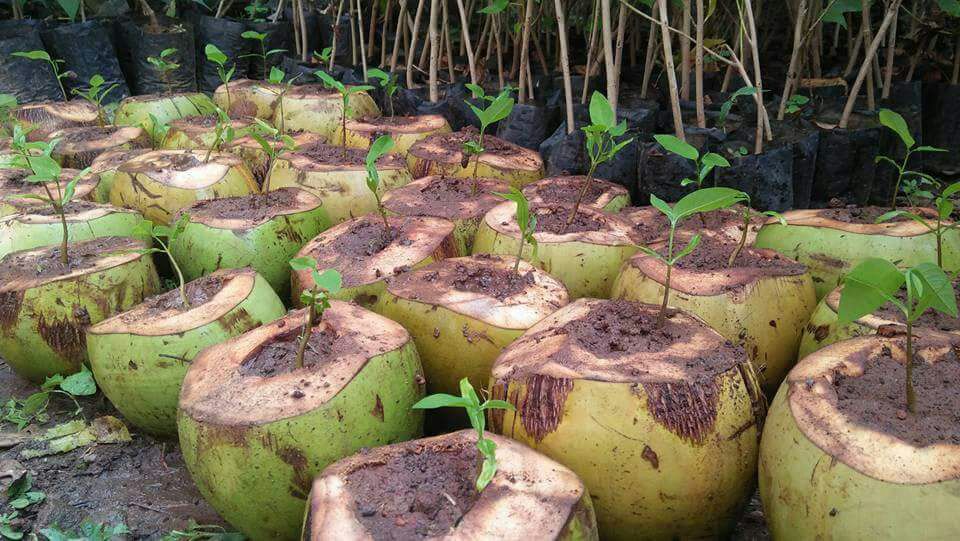 Taking cue from Prime Minister Narendra Modi’s Swachh Bharat Abhiyan, city-based non-governmental organization Green Hills Group has undertaken a project to solve the problem of tender coconut shells which usually make their way to landfills.
“For about a year, we have been working on a project by which we convert garden waste, which was being provided by the Pune Municipal Corporation (PMC), into mulch. However, later we came across a lot of tender coconut shells that get discarded every day,” said Ravi Purandare, secretary of Green Hills Group.

Coconut shells are very tough and it takes a long time for them to disintegrate naturally. But if the shells can be shredded into mulch, it can be converted into something useful. The health department had also found these empty shells to be one of the breeding grounds for mosquitoes, he said. “The mulch can be used to tend to the trees that have been planted on the hillsides as it very useful in retaining moisture and also prevents soil erosion,” he added.

He said mulch generated at the processing plant can be used to tend to the plants at the hills for the next 15 to 20 years. Six women and three labourers were trained to operate this plant. The coconut fiber can be separated from the mulch and given to about seven families on Senapati Bapat Road who earn their livelihood by making ropes out of them, he added.

Purandare said volunteers have managed to convince 12 coconut sellers in the past month to keep the empty shells aside so that they can be picked up in the night.

“In the beginning we could only collect about 80kg coconut shells, but over time we have managed to collect nearly 300kg a day. The coconut sellers were a little reluctant about the hassle initially, but relented eventually,” he said.

He said that collecting the waste is one of the biggest challenges to keep the project running.

According to estimates, city generates about 50 to 60 tonne of garden waste every day which includes about 5 tonne of empty tender coconut shells, Purandare said. “PMC health workers at the ward level can be roped in the collection process,” he suggested