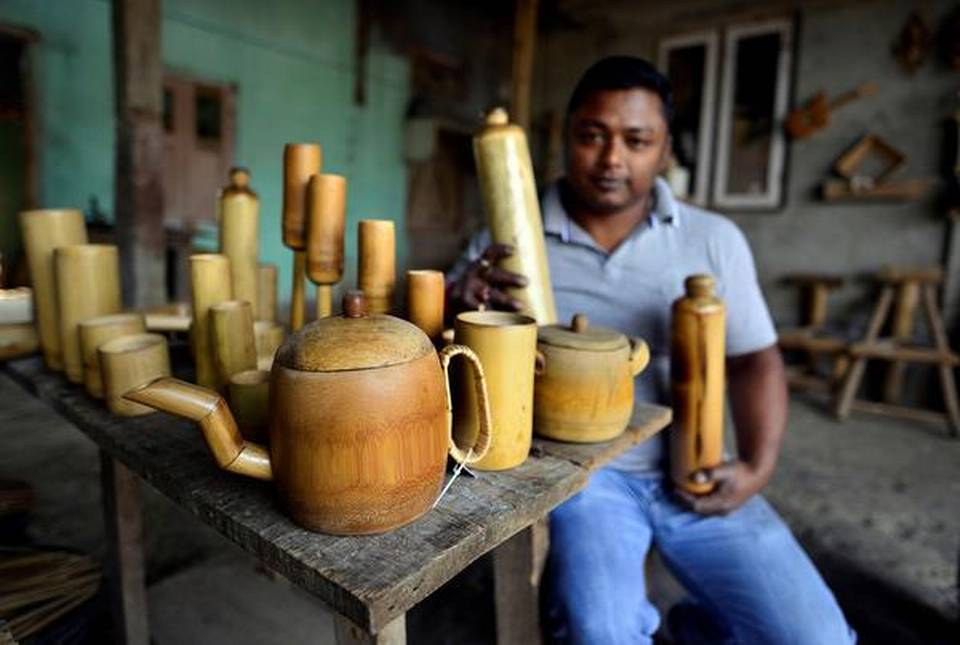 There’s an Assamese saying that goes ‘Jaar nai baanh, taar nai khaah.’ Literally, it means, “A person without bamboo has no courage,” and it underlines the worth of the ‘golden grass’ as a multipurpose resource in Assam.
About 20 years ago, it took a lot of courage for Dhritiman Borah to tell his academician parents that he wouldn’t pursue school beyond Class XII; instead, he started a business making bamboo furniture and kitchen and agricultural implements.
It wasn’t because he derived strength from the bamboo groves in the backyard of their house in the Nabapur area of Biswanath Chariali, a quaint town 240 km north-east of Assam’s principal city Guwahati. “These are jati (Bambusa tulda) and bijuli (Bambusa pallida), useful for fancy work but not durable enough for the project I had in mind,” he says, pointing to the groves.
The test of courage for Borah, then barely 20 years old, was not in finding the right variety of sturdy, durable bamboo — bhaluka (Bambusa balcooa). It lay in carving out a niche in a competitive market.
Over the years, DB Industries, his firm, did reasonably well, selling a number of bamboo items — furniture, partitions, wall hangings, flower pots, mats, crockery — but it lacked the X factor. It took 17 years for Borah to come up with a product that would make him stand out from the crowd: the bamboo water bottle. Now, in less than a year, his organic bottles have caught the attention of consumers in India and beyond who want to drink from natural containers. 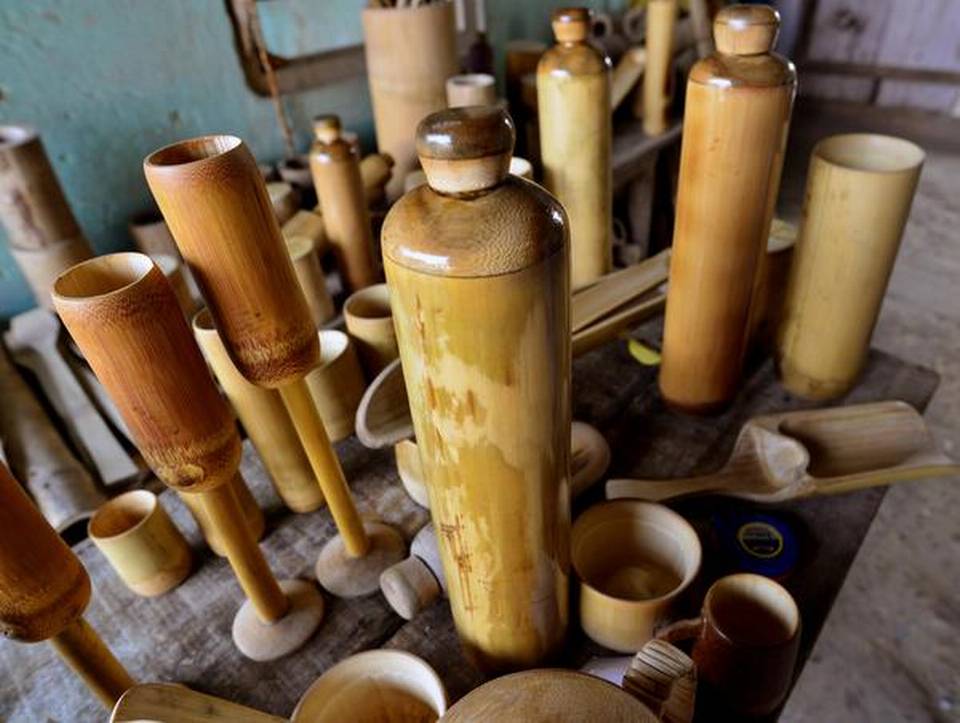 There weren’t too many takers for the bottles when they were first displayed at an international fair in Delhi a year ago. Some European dealers did notice them, but nothing came of it, and Borah soon realised where he was going wrong. “The first order for 200 bottles came from the U.K. eight months ago. The buyer was particular about receiving raw bottles, which means no colour or gloss on them. Until then, I had been coating the bottles with an expensive U.S.-made waterproof oil polish,” he says.
He continues to use polish for some clients. But for picky customers, the finished bottle has a coating of camphor and mustard oil for protection during transit.
Each bottle takes about five hours to make — from cutting the bhaluka to boiling, drying, smoking, joining the separate parts, and finishing. Boiling purifies and strengthens the wall around the hollow of the culm, and this helps the bottle last at least 18 months. The bottles are priced between ₹250 and ₹400.
Borah’s father retired as a lecturer more than a decade ago, and the business is today a family affair. With social media driving sales, Borah’s brother Gaurav is in charge of the digital side, and also helps manage raw materials, supervise employees and keep a check on quality. Meanwhile, mother Kumudini chips in as financier, first with her savings and then by taking periodic loans to help the business settle in.
Almost every product is hand-made. Buyers abroad are asking for the smoked effect and the rounded finish of the bottle top, while some are asking for threaded caps.

“My unit is at home and I source 100-150 bhaluka locally every month. But the challenge lies in getting machinery or tools from Guwahati, the nearest commercial centre, and dispatching the finished products,” Borah says. “We are currently producing about 1,500 bamboo bottles a month, way below the demand. If we had a lathe machine, a larger dryer and other tools, we could produce about 8,000 a month. But that is quite a lot of investment,” adds Gaurav.
Borah has applied for a patent for his bamboo bottle. He is not the first to make a bamboo bottle but the ones that some Chinese manufacturers are making have glass interiors and steel caps. “Mine is organic, theirs is not, which is why they cannot patent,” he says.
Borah’s mother is proud that her son followed his passion and has managed to earn a name that few in their family have achieved, even academically. “As they say, aeke joopi baanhore kunu hoy lathi, kunu jaathi aaru kunu barhonir kaathi (the same bamboo yields the stick, the spear, and the broom),” she says.
Add the bottle to that.